I traveled to New Zealand this week. Here are seven highlights from my journey:

On my flight from Boston to San Francisco, I sat between two white businessmen. One of them read the same pharmaceutical magazine for the duration of our nearly seven-hour flight. He also invited me to hop in his rental car and go on a run to the bank in downtown SF during my layover. After light consideration, I declined.

The second white man had an aisle seat and got to put his bags in the overhead cabin. I had a middle seat and did not get to use the overhead cabin (‘twas full), and the homie wouldn’t let me store my second bag under his seat. FOR REAL YOU NEED THAT EXTRA 12 INCHES OF FOOT SPACE? I wanted to shout that at him, but I dint.

Also, I sneezed and neither of them blessed me. Them and they hating asses SMH.

In San Francisco, I lost the ticket for my flight from there to Auckland. I had to leave the security area to talk to the people at the ticket booth, but the ticket booth was closed and the self-checkout kiosk was unhelpful. I then looked more carefully in my bag and found my original ticket. That was good news.

I almost bought a $7 candy bar. I didn’t know the price until they scanned it, and when that woman ever told me $7 dollars I shouted IS YOU SHIZZING ME (but with less anger). I did not buy the candy bar. I bought a Twix somewhere else for like a buck fifty.

I filled up a water bladder with water but couldn’t get the water to come out the nip (nipple), for it didn’t have a nip slit. A Japanese chef at a Japanese restaurant watched me gnawing on it in futility and offered a toothpick (for poking purposes) but I turned him down. We had communication barriers and plus I didn’t think a toothpick was really up for the job. Still it was a generous offer and I respected him for it.

I chatted with a New Zealand lady while waiting to board the flight to Auckland. She had the neatest voice, you should have heard her! Google “new zealand accent” if you’re curious. That’s all it was.

(It’s the vowels that are the best, I think. Sounds like every vowel is pronounced like an “I.” Bif kissirole. That was one of the dinner options on the flight. I opted for the chickin with limin pippir sauce instead. I didn’t taste no limin pepper though.)

When I landed in New Zealand, I threw away a napkin in an airport trashcan. The trashcan had a sign that said “NO SPITTING, USE TOILETS.” That’s a stern yet helpful sign. I liked that. 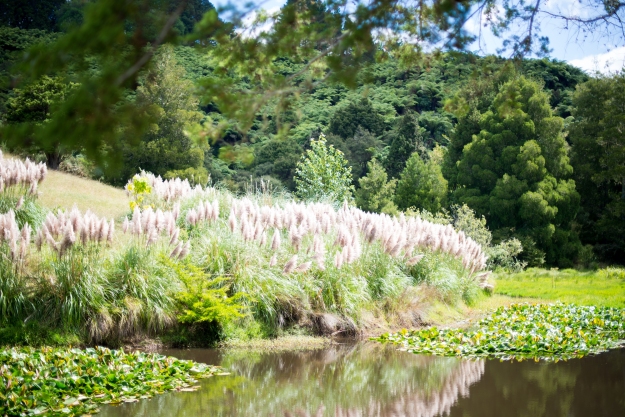