Tiddies on perk (via https://www.buzzfeed.com/mattbellassai/mrs-doubtfire-is-actually-the-most-horrifying-movie-of-all-t)

And breastfeeding! Most of the time breastfeeding is messy but convenient, until you go a little longer than normal without nursing and suddenly your boobs fill with coal and shattered glass and your nipples erupt and you have to spend a full 24 hours nursing, pumping, punching, squeezing, and burning your boobs.

There’s so much I want to say about boobs and breastfeeding. But I have a little baby and I don’t sleep that much, so I have neither the time nor the brainpower to form like, a cohesive story or anything. So here are several unrelated boob thoughts—

Like I already said, my boobs are rather saggy. They’re also really dense. The lactation consultant at the hospital actually called them substantial, as in: “You can’t expect that baby to hold up those substantial breasts up on his own! You got some heavy, floppy tiddies, girl.” But because they are so heavy, and so floppy, I can stick a lot of things underneath them.

Here’s a list of actual things I have successfully carried between my boobs and ribs, and the difficulty rating in doing so (1 is easy, 10 is hard).

Things I could not carry:

My baby and I read Dr. Seuss’s One Fish Two Fish Red Fish Blue Fish a lot because it’s a dope book. I re-wrote the Gox poem (“I like to box. How I like to box!”) to be about breastfeeding.

Then I dump.
I pump my lumps.
I pump and then
take a lump pump dump.

This poem is symbolic of my need to pump out my oversupply of milk every day, and how also breastfeeding makes me poop. I come so, so close to pooping my pants most days now.

When my milk came in a couple days after giving birth, I felt shaky and achy and had a low-grade fever. I called up the doctor and we agreed that I couldn’t have mastitis (infected tiddy) already because my boobs didn’t hurt and I barely had any milk yet.

Turns out I had milk fever, which is when you get a little feverish when your milk comes in. But if you Google “milk fever,” you will find that almost all of the results are about cows and goats and other barnyard mommas. 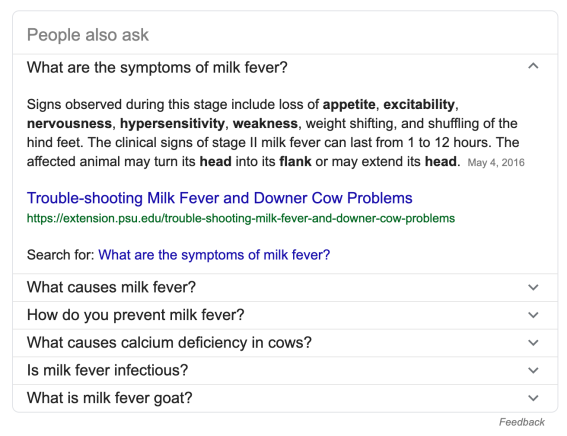 “…and shuffling of the hind feet”

Milk fever is primarily seen in dairy cattle but can also be seen in beef cattle and ALSO ME, YER GIRL.

When I lie flat on my back, my boobs flop to either side. I could easily nurse two babies at the same time. Send your babies to me, I’ll nurse em.

(For real, why not? Pumping sucks, I got too much milk, and wet nurses used to be a thing! But your babies probably won’t want me milk. We went away for the weekend and I didn’t bring my pump, and my baby slept the entire time, and my boobs went out of control. I tried to get my niece babies to help an auntie out and they tweren’t having it. When I offered my boob they were.so.creeped.out. It was kind of funny, to see such confusion and terror on the faces of sweet babes. Also a little insulting. LIKE WUT, MY MILK AIN’T GOOD ENOUGH FOR YOU??)

Actually, I tried my own milk and I think it would’ve been perfectly good enough for them. I’ve drank the milk of thousands of cows I don’t even know—why wouldn’t I try my own!?! It was fine. Sweet and watery.

I may not love the way these boobs of mine look, but I’m pretty thankful for the sweet and watery melky cabrera that comes out of them and feeds my baby so good. So, thank you, flopping tiddies o mine.

I’ve spent most of the summer hanging out with dogs and babies. In particular, my pup dawg Chico and my niece Heidi.

They both super bomb. Chico is cute and funny and sweet; Heidi is crazy adorable and crazy happy and crazy fun and my favorite new human. You know what neither of them are, though? Smart.

Actually, as far as dogs and babies go, they’re geniuses. Chico can manipulate my mom to do anything — he fakes anorexia to get spoon fed and he fakes a limp to get carried on long walks. He’s a sicko bastard, but he’s clever. Still, since he’s a dog, I can’t do anything with him except make weird noises and throw squeaky toys and beg him to poop.

I can also get crunked with him

Likewise, Heidi is wicked smart for a baby. She babbles with the best of them and knows the facial expression for every word in the English dictionary. I’m sure she’ll be a bookworming math wizard in a few years, but for now, all I do when we chill is make gooftastic faces and blow raspberries and beg her to poop (I also smile a lot). 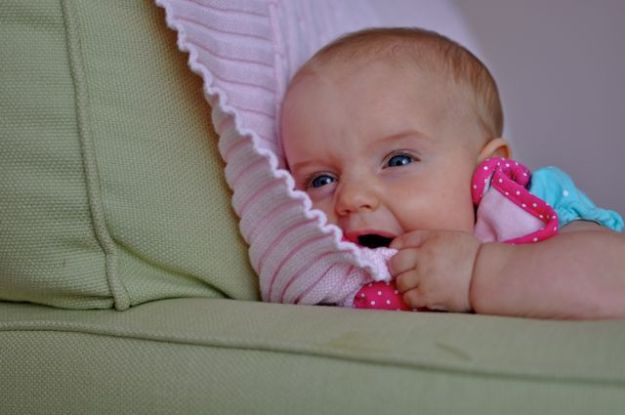 "This blanket is tasty and my face is the effing best"

The lack of normal social interaction is starting to have an effect on me. I’m going dumb real quickly like.

1. I went surfing the other day and chatted with a middle-aged, Australian, sleeveless-wetsuit-wearing man. After talking for a minute or two about weather n whatnot, he paddled out far, I posted up on da inside, and the chittychat ended.

Ten minutes later, Mr. Australian Man caught a wave. As he rode the wave in, he passed right by me. He was kind of crouching down and had his left hand sticking straight up and his right hand sticking out to the side. It looked to me like he wanted a high five.

When I stuck my hand out and he ignored it, however, it no longer looked like he wanted a high five.

(P.S. He later told me about his 12-month-old son. Thinking he said 12-year-old, I asked if his son surfed much. You should have seen the look he gave me!)

2. While taking Chico for a walk, I made homies with an old man. He asked me a few questions about myself, and then asked me what da mutt’s name was.

Chico responded by lifting his leg on a telephone pole and dripping a pizz. The old man laughed and said to him, “And helllooooo to you too!”

For some reason, even though we’d already said hello and chatted for a few minutes, I looked old man right in his old face and said back, “Hello.”

I really don’t know how I mixed that one up.

3. The back tire on my bike blew this morning when I was about 4 miles away from home. On the walk back I found some grapes on the side of the road, noted they looked delicious, and ate a few. Then my lips got tingly and I thought I was having an allergic reaction. Then I remembered my chapstick had tingle-inducing ingredients in it.

Then I decided I should probably stick to dogs and babies.