I almost always sleep with my hands down my pants. I have poor circulation, and my clammy hands happen to appreciate the coziness of my pants. I don’t think there’s anything weird or wrong about it. In fact, I think it’s one of my more endearing qualities. (My parents agree! When I was little, they even nicknamed me for it!) 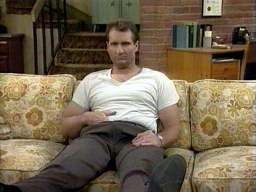 My brother-in-law Matt, however, doesn’t find it quite as charming. According to him, it makes me seem manly. I know this because, after catching me napping with my hands down my pants twice last weekend, he said, “You know, you’re basically a man.”

How mean is that?! I’m not a man! I’m a lady! A classy lady! I’m not even the tiniest bit manly! Maybe a little prepubescent boy-ly, but come on! Manly?!

Just joshin’ ya. Matt did say that to me, and I maintain that I’m not manly, but — okay — I’m more than a little prepubescent boyish. I’m at least 75% 12-year-old dude.

Growing up, I always knew I was a tomboy. I was interested in sports… 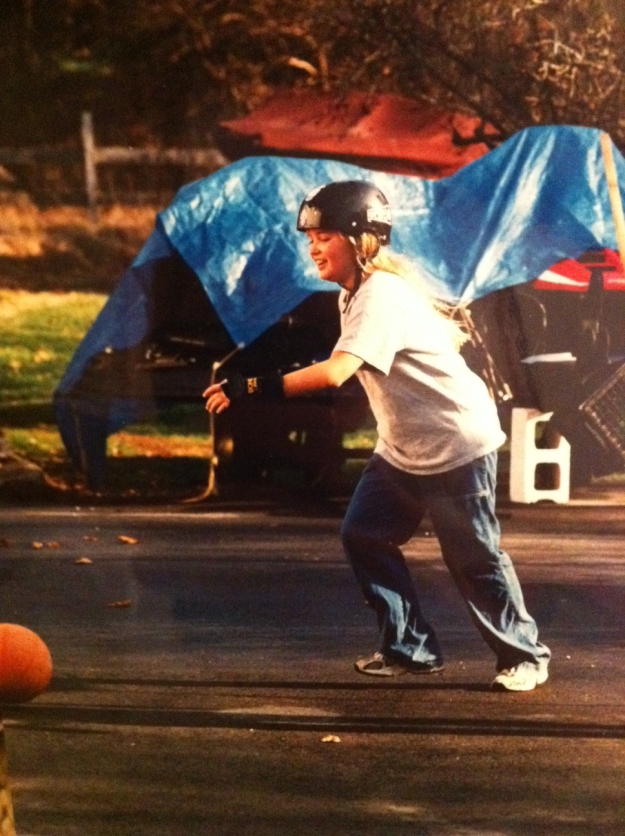 Basketball can be dangerous

…in video games and male companionship… 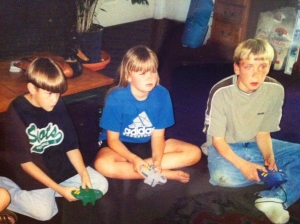 I stay scowling with the best of them

Thanks for the haircut, ma!

I never had a problem with my boyish behavior, although I did think I had grown out of it in my late teens. But, as I found out the other day, dat ain’t true.

Remember my neighbors, Jay and Dee, that I mentioned last week? And the week before? Well, they think I’m friendless, so a few nights ago they took pity on me and invited me over for dinner. Dee’s sister was visiting, they were ordering pizza, and they thought it’d be fun for me to join. I wanted to say no (it was really nice of them, but I’m not real sociable around peeps I dunno), but I got distracted by some dropped strawberries in the road and accidentally accepted the invitation (the strawberries tasted delicious, at least). Before I could try to take it back, Dee told me to come over at 6:30 and ran off.

When I got there at 6:30, though, it was a lot more than Jay and Dee and her sister. There were two of her sisters, her 79-year-old dad, her stepmother, her five teenage nieces and her 12-year-old nephew. I was overwhelmed, but Dee insisted I introduce myself to everybody. Then, of course, she forced me to tell them everything about myself.

“I was born in 1989. 80s were so crazy, man. Um… I just graduated from college. Elbows been hurting lately. They can be real bitches sometime. Like to see?”

Other than when prompted by Dee, I didn’t say a single word. I didn’t even correct her family when they called me the dog’s name. Twice.

Yet I did take a special interest in Dee’s 12-year-old nephew, Alex. Not a creepy interest, weirdo, an oh-boy-I-think-we-could-be-real-good-friends interest.

I thought everything Alex did was either super clever or super hilarious. When he latched the dog leash to a chair, I congratulated him on his ingenuity. As he made jokes about vodka and rolled around on the ground in fresh dog pee, I got straight giggle silly. The adults made me uncomfortable, the teenage girls were unbearably lame (as always), and Alex was… Alex was something special. Alex made dinner worth eating.

Sadly, that’s where my relationship with Alex ends. For some reason, his mom didn’t want him hanging out with a full grown lady who’s always got her hands down her pants.