I remember two things about my first day of kindergarten.

1) I saw two girls, one brown headed and one yellow headed, talking to each other in the snack line. I remember thinking, “Those are the two weirdest looking things I’ve ever seen in my life.” (Both later became good friends of mine, but not until they stopped looking so creepy).

2) I experienced love at first sight with a boy with a killer cowlick and flapping fish lips.

Other than that, my first day consisted of meeting Ms. Pinkham, rocking fresh white kicks, and wearing a tag all day. It was a traditional first day of school. 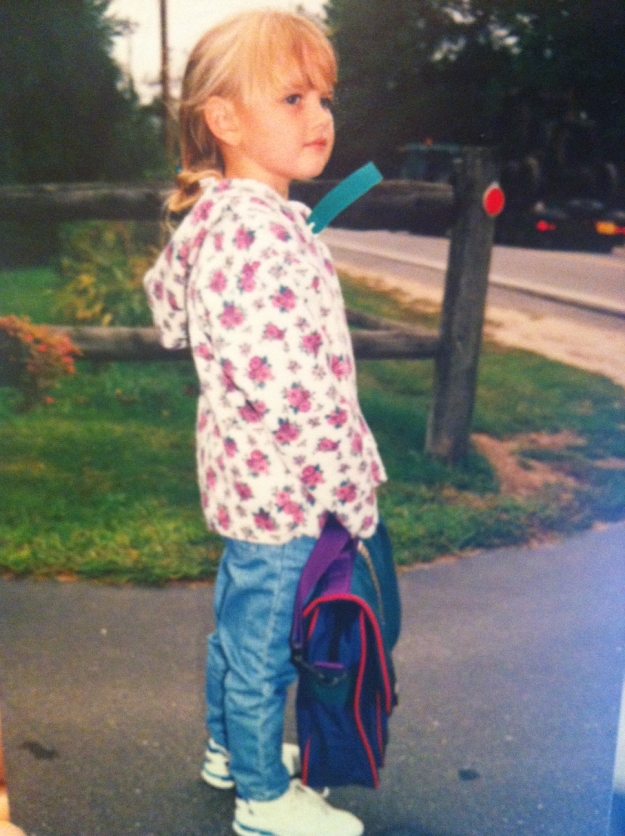 I don't have a scanner, but I do have a multi-colored briefcase

To me, the second day of school is more important than the first; it’s more telling of the way things will be. Everyone knows the first day of anything doesn’t count, especially school. Teachers let you out of class early and your only assignment is to go to Staples and have the best time of your life buying page projectors and white out with your parents’ money. It’s not until the second day when ish gets real.

On my second day of kindergarten, for example, my mom asked me what I wanted for lunch (kindergarten is still half a day I hope?).

Mom: You hungry, Al? Want some lunch you little chubster you?

Mom: I don’t understand anything that comes out of that idiot mouth of yours, but what would you like?

Mom: Sounds like a prison meal. What’s wrong with you?

I don’t know what was wrong with me, but when my mom told me my lunch of bread and water sounded like a convict’s lunch, it made me like it even more. It made me want to be a criminal.

And maybe that’s why, before running out of the house to catch the bus, I threw on the jacket that I did. The  hardcore, black, leather motorcycle jacket from my dad’s shop (North Atlantic Leather & Repair — peep dat). 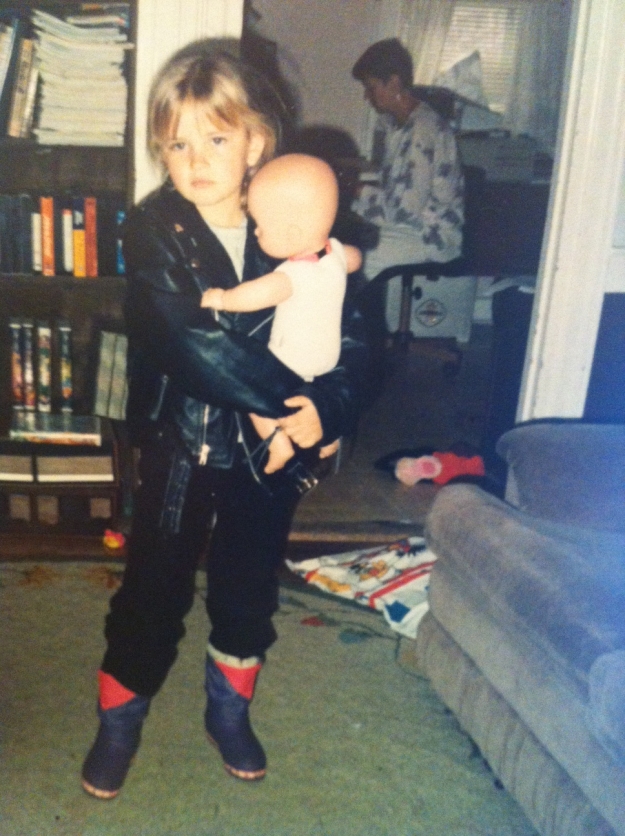 That jacket was an authentic mini motorcycle jacket. It had more tassels and zippers and snaps than a Hells Angel. It was bomb diggity. And, paired with a stank face and a belly full of prison fare, it made me feel as bad as the baddest mammer jammer around.

At least until I got to school. I’ve never been that into speaking up, and that was especially true in kindergarten. I was really shy and hadn’t started speech therapy yet, so when Ms. Pinkham asked if I wanted to hang my coat on the rack, I shook my head and thought hell nah I don’t want your damn coat rack (politely, though).

The beginning of September is a pretty warm time of year, especially when you’re swagged out in a thick leather jacket. So, as you can imagine, I was sweating mah ballz off. But, not wanting to inconvenience Ms. Pinkham, and especially not wanting to talk, I kept it on all day. As I walked around like a robot in my motorcycle coat, I was sweaty, constricted, uncomfortable, and moodier than a biz.

And that’s why the second day of school showed me how things would be: trying to look cool, while actually looking like a jackass penguin/pit stain farmer.